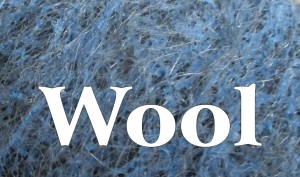 Generations ago, the world suffered an upheaval of some kind. Everything about the “old world” has been forgotten, the memories obliterated. Your current world in an underground silo is all that exists… as far as you know.

If you were born and lived your whole life in the lower third – the down deep – between floors 97-144, you’re likely a farmer, mechanic or supply employee. You may not ever have made the climb to the top to look outside the very few sensor windows existing above ground.

Workers in the “mids” – levels 49-96 – are in charge of the smaller hydroponic gardens and animal farms. Like the families below here, a trip to the top of the silo might happen once every few years.

The upper levels contain the mayor, the sheriff, medical facilities and the information technology department. IT looms large in the life and lie of the silo.

Because there is no way to safely expand the silo, marriages and births are “won” through a lottery system. The land outside is known to be toxic… and is only seen through the aboveground sensor windows at the very top, on level one. 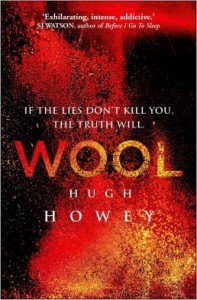 How a novelette became a trilogy

This silo world came to life in 2011, when Hugh Howey self-published a Kindle novelette that he called “Wool.” (The link goes to the free Kindle edition of the novelette.)

Wool was so popular with Amazon Kindle readers that Howey was urged (by his fans) to write more about the people who inhabited the multi-level silo which encompassed the entirety of their lives. The original 58-page novelette became a 5-part “Wool Omnibus” which is what I’m reviewing here. It’s Part 1 of the “Silo Saga,” and was followed by Shift and Dust to complete the trilogy.

Parallels with Thom Hartmann’s The Crash of 2016?

If you read my review of Thom Hartmann’s book “The Crash of 2016,” you’ll likely see come of the parallels occurring in our own world – right now. And that’s what makes this dystopian fiction book worth drawing to your attention. It’s a great read for sure, but it’s also a brilliant reminder to not take everything we’re fed at face value.

It’s about Sheriff Holston, who finally understood some of the truth – and wanted out… even though he knew it meant forfeiting his life. The powers-that-be decided that he’d become too dangerous and consigned him to certain death outside the silo, “cleaning” the sensors through which they caught glimpses of the outside, toxic world.

Cleaning, of course, was the euphemism for capital punishment, a way to keep the inhabitants fearful of rocking the status quo. There was no jail time, not judge and jury. Just “cleaning.” The tools used for scrubbing the windows were wool pads, hence the name of the novel.

The cleansing of toxic gunk on the window sensors was cause for celebration for those left inside – safe for now – as long as they didn’t think too much. With each cleaning, they were afforded a clearer glimpse of the outside world they had never experienced and would not, unless they actually expressed an interest in doing so. Or broke some other rule.

As the novel unfolds, the ugly truth behind this certainty stirs something in both the inhabitants of the silo… and in the readers who can’t help rooting for the underdogs underground.

The deaths of a “good” mayor and decent deputy sheriff make waves… a little. The subsequent elevation of Juliette Nichols from the down deeps of Mechanical to Sheriff up-top was not what the unseen powers had in mind and so she earned a quick demotion to “cleaner.” Questioning the rules was not allowed. Too much chance of instigating an uprising.

Characters you can identify with

You’ve got to read to book to know what happens… to get a glimpse of the real villains in the story; to see who step up to become heroes; to watch individuals consider the costs of thinking for themselves, of overturning all they have been taught to believe.

Books like Wool make me wonder when and if I’ll ever step up and take a stand for something that I think is right. If I’ll be able to write about it without concern for the consequences.

It worries me that I identify with people stuck underground in a silo.

I’d love to hear what you gleaned from the Wool story. Was it an interesting read, a mild ah-ha or a boot to the rear? Or all three? Thanks.