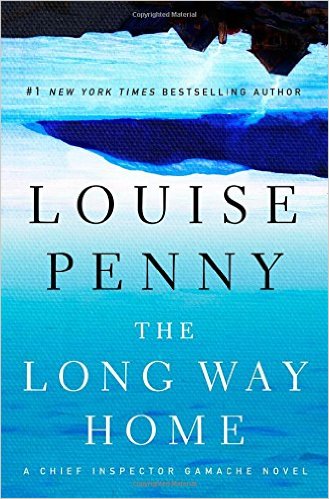 The Long Way Home by Louise Penny – at Amazon

Many readers of Louise Penny’s Inspector Gamache/Three Pines books don’t know what to make of the newest installment in the series, The Long Way Home. Some found the conversations boring, others wondered where the action was, and quite a few Amazon reviewers just plain didn’t like the ending.

Me? I thought it was her best book to date.

And the ending made me cry. At one in the morning, when I finished reading the story and then tried falling asleep.

Except I kept thinking about the book. And when I woke up in the morning, I was writing a review in my head.

Redemption for… Gamache, Beauvoir, the Morrows and a couple of art professors

After the bang-bang, shoot-shoot excitement of the previous book, How the Light Gets In, and its facile ending, I wondered where Penny would go with this 10th book featuring Chief Inspector Gamache. Could she redeem her writing reputation with this new book?

The Long Way Home is as much about Penny’s redemption as it is about Gamache’s and Peter Morrow’s… and the two art professors who are at the center of the story.

The usual cast of characters is present: Jean-Luc Beauvoir, Gamache’s son-in-law and police sidekick for many years, the artist Clara Morrow, Myrna the bookstore owner/psychologist, comfort-food dispensers and Bistro owners Gabri and Olivier, and Ruth, the famous poet. Armand Gamache’s wife, Reine-Marie, plays a bigger role in this book than in most of the others. And that’s not surprising, given the emotional and physical turmoil he was left to bear at the end of the last book.

The Gamaches have moved from Montreal to the village of Three Pines. Gamache has retired from the force, and is enjoying the peacefulness of his new life, after dealing with murder for so many years. He is also undergoing therapy with Myrna and daily confronting the fear and guilt that still linger after his injuries. 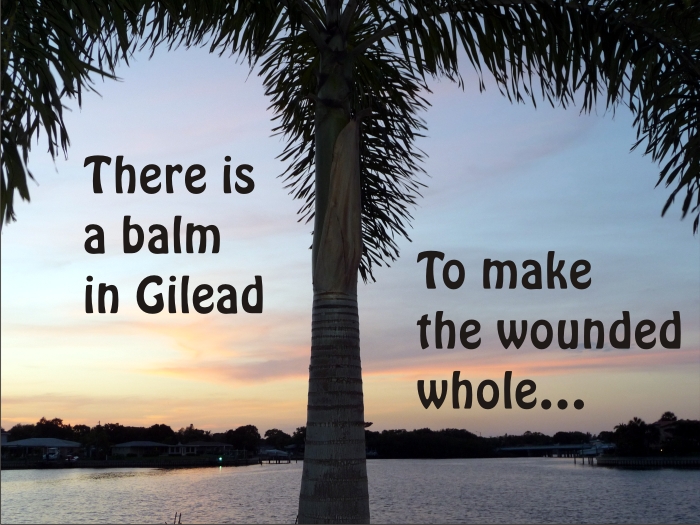 Revelations on a park bench

Very early every day, Armand Gamache walks over to the bench overlooking the village and opens a tiny book that he refuses to show anyone. He reads a few lines, comes to a bookmark placed there by his father and realizes he is not ready to go farther. Clara Morrow joins him on the bench and he senses she wants to reveal something important… but she stops before she can do so. Likewise, he is not willing to share what he is seeking: balm for his wounds.

The book he is reading: There Is A Balm in Gilead.

One day she tells him. Her husband, Peter, was supposed to have returned after a year’s trial separation – and didn’t. She would like Gamache to investigate why, fearing that Peter may have done harm to himself or that he didn’t love her anymore. She had an urgent need to know and, despite his fears about getting back into the investigation game, Gamache agrees to help her. In fact, all of their friends get involved in this intricate puzzle of the travels and whereabouts of Peter Morrow.

A breakdown? Or a breakthrough?

What I appreciated about “the long way home” that Penny traveled in this search for Peter was the intricate building of clues, the superlative dialogue, and the willingness of the characters to see past the obvious. The story essentially is a detailed travelogue into Peter Morrow’s mind and emotions.

If you’ve read any earlier books in the series, you’ll recall that Peter tended to play it safe and became bewildered and jealous when his artist wife, who took artistic chances, became more famous than him. As Peter unravels and then reintegrates the pieces of himself, we only see him through the clues he leaves. And through the feelings of those who love him.

The solutions to figuring out Peter’s whereabouts came partly through his credit card charges and partly through works of art he sent his nephew for safe-keeping. The Three Pines “explorers” who followed his tracks realized that Peter was either having a nervous breakdown – or a major artistic breakthrough.

Their first impression was negative, but when they looked more closely, they found things they hadn’t seen before. When they turned one of the pictures upside down, they saw a totally different work of art, evoking another emotion entirely. The “way home” to creative genius starts with a few painful steps, a few brush strokes on paper or canvas. Does Peter make it all the way? Well… that conclusion comes at the end of the book. 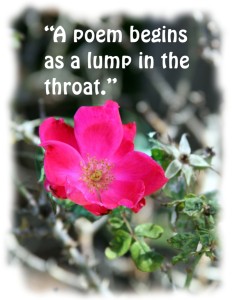 My summary: Louise Penny hits a home run with The Long Way Home

My previous favorite of the Gamache/Three Pines series had been The Beautiful Mystery. After reading the one in between that book and this one, I wasn’t at all certain that I’d continue following Louise Penny’s mysteries.

I’m very glad I did. This book kept me in a state of wonder all the way through. The relationships, the impeccable dialogue and the seat-of-the-pants journey made me a Louise Penny fan all over again.

The ending was tough, but the book was, after all, about courage, about facing our bogeymen, about redemption. About release, about coming home.

I highly recommend that you read the Gamache/Three Pines books in publication date order. The relationships are such a part of each story and the characters grow (or regress) according to Penny’s story line.

Those of us who really get into these books almost feel like members of the village. We eat at the Bistro, buy our books in Myrna’s book shop, wave hello to Rosa the duck as she waddles after Ruth, the poet. We sink our tushes into the Adirondack chairs in Clara’s garden and feel the soothing peace that emanates from Three Pines (a village that, for some reason, does not appear on any map).

If you haven’t read the books, here’s the list in order of publication.

Read more reviews for The Long Way Home at Amazon.