Here are the Charlie Muffin mysteries by Brian Freemantle listed in order. 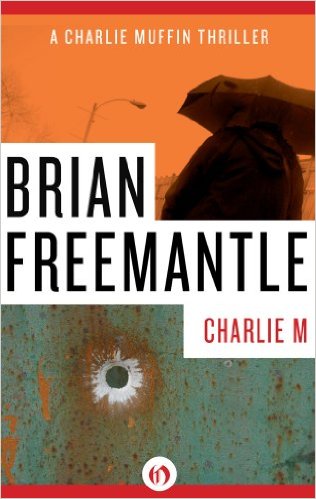 If you like British espionage books, I think you’ll enjoy the Charlie Muffin mysteries by Brian Freemantle. Many reviewers call Brian Freemantle one of the top espionage writers today… possibly one of the best of all time. Some say he’s on a par with John LeCarre. I’d tend to agree. I just finished the latest in the Charlie Muffin series and I’m so glad Freemantle “revived” the Muffin books, which seemed doomed after the cold war ended.

The newest in the series is Red Star Falling and veteran MI5 agent Muffin is back in form, thwarting the higher-ups, staying alert to dangers from all comers, including those who should be protecting his back and, as always, doing what he thinks is right. You don’t think of a spy as limping around with hammertoes in hush puppy shoes, but that’s the charm of Charlie Muffin. He’s “everyman” with an trapdoor memory and a bag of old-school tricks that keep him safe and the country secure.

The plots can get pretty intricate (which I love) and there’s not much shoot-em-up activity (which I also appreciate)… just a story you can immerse yourself in and a character you easily learn to love. Muffin’s kind of special that way.

Red Star Burning was a major cliff-hanger. I just finished Red Star Falling and it’s the kind of book I love. The intricacies of espionage are highlighted with three groups of spymasters trying to best one another. No one was shot in this book… but I was on the edge of my seat the whole time. And the ending left another loose thread to be tied up by Charlie Muffin… this time a highly personal one.

The early Charlie Muffin books are getting to be collectors’ items. But, luckily they’re available for Kindle e-readers.
My library had them all, so you might look there, too. I’d start with the first book Charlie M because you’ll want some of the cold war history… especially if you’re under 40 and don’t have a feel for that particular political climate.